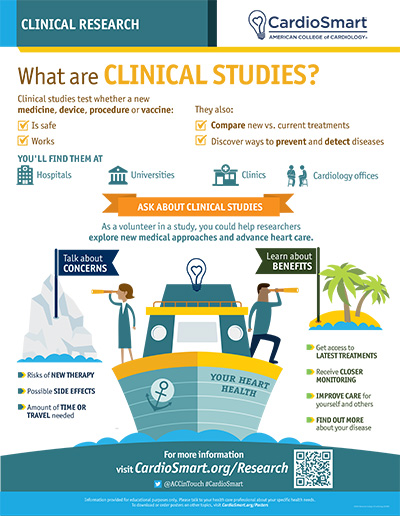 Heart disease remains the No. 1 killer of men and women. Yet, estimates are that it is 82 percent preventable through lifestyle and efforts to stay heart healthy, according to the National Institutes of Health.

What’s more, women, racial and ethnic minorities are more vulnerable to developing cardiovascular diseases. They also continue to lag behind when it comes to health outcomes, including heart attacks, stroke and related death.

Until recently, women have also had higher rates of deaths due to cardiovascular disease. When compared to men, women are less likely to survive a first heart attack, and young women have the poorest outcomes after a heart attack.

So what’s behind these trends?  A number of factors may contribute to the health disparities among gender and racial/ethnic groups. For example:

A typical cardiovascular clinical trial often includes many more men than women. In fact, very few studies have an enrollment that is half women.

Even when research studies include women, there is evidence that sex-related differences are often not examined, even in deeper analyses of the data.

In addition, more than half of trials for coronary heart disease over a decade failed to enroll any patients over 75 years old.

Other factors are also at play including:

“It would be great if everything we learn from clinical research could be applied to everyone. In reality, cardiovascular disease and many other conditions are not the same across genders and racial and ethnic groups, and neither are their responses to treatment.”—Martha Gulati, MD

Research studies pave the way for new and better therapies. In recent years, the FDA has called for wider representation of people of different ages, races, ethnic groups and gender in clinical trials. The goal is to ensure medical products are safe and effective for everyone.

Historically, older patients, women and racial/ethnic minorities have been underrepresented in trials. As a result, it’s often not until a large number of people start using these medications after they are approved by the Food and Drug Administration (FDA) that differences in how they work in various patient groups come to light.

Some drugs appear to affect men and women differently. Also, race and ethnicity can make a difference. For instance, to treat high blood pressure, angiotensin-converting enzyme (ACE) inhibitors have been shown in some studies to be less effective in African American patients than in white patients.

There is also some evidence that our genes play a role as well, often interacting with our diets and environments. For example, it seems that African Americans may be more sensitive to the effect of salt, which raises the risk of developing high blood pressure. The same salt sensitivity has been described in patients with obesity and chronic kidney disease.

At times, the FDA has required changes to drug labels because of differences in how these medications work in men and women. For example, doses of a common sleep aid were halved in women due to its more potent effects. These differences are why it’s important to test drugs on diverse patient populations, and to pursue trials that identify unique risk factors.

“We know treatments work differently in different people, so to get a complete picture of the benefits and risks of a particular therapy, people involved in clinical trials ideally need to represent everyone who is likely to use the treatment or intervention being studied” said Keith C. Ferdinand, MD.

Researchers need a large enough sample of patients to be able to draw conclusions, and it seems we have a long way to go to add more diversity into clinical research.

“Ignoring the racial/ethnic diversity of the U.S. population is a missed scientific opportunity to fully understand the factors that lead to disease or health.” —PLOS article

Race, ethnicity, sex and age may play a defining role in how heart disease and stroke develop, how they are detected, in some cases, and how we might respond to different treatments. There are:

Many people who have participated in a clinical trial say they would do it again. Among the reasons to take part include helping to make sure treatment options continue to advance and benefit future generations.

If you or a loved one wants to learn more about clinical trials as an option for treatment, talk with your health care team. You might want to ask:

It’s important to talk with your health care team about how you are feeling and if your current treatment plan is working for you. A lot of research us underway, so taking part in a clinical trial may be or become an option for you in preventing or treating heart disease.

If you’re thinking about participating in a clinical trial, here are a few questions you might want to ask: